For those of you who may live in the Shreveport-Bossier area, I will begin my apologies now for my erratic driving en route to work over the last week. Though this is highly dangerous and possibly illegal, I have to admit, my head has been in the sky.

If you live in the area, chances are you’ve noticed the hot air balloons flying. Because they’ve been primarily been launching from the grounds of LSU-Shreveport, it has been most common to see them around the south side of town, though I believe they have flown in other areas.

Even if I must apologize for my hazardous driving, my co-workers may be thankful for my elevated mood, because it’s tough to go to work mad when you’re driving beneath hot air balloons!

The original plan was for us to attend the opening ceremonies Friday night and me volunteer as a part of the scoring team on Saturday. Unfortunately, due to bad weather, both of those events were cancelled, so we attended the ceremonies Saturday night. Let me just say, you would have thought I was a six-year-old walking into Disney World for the first time. SO. STINKING’. EXCITED. 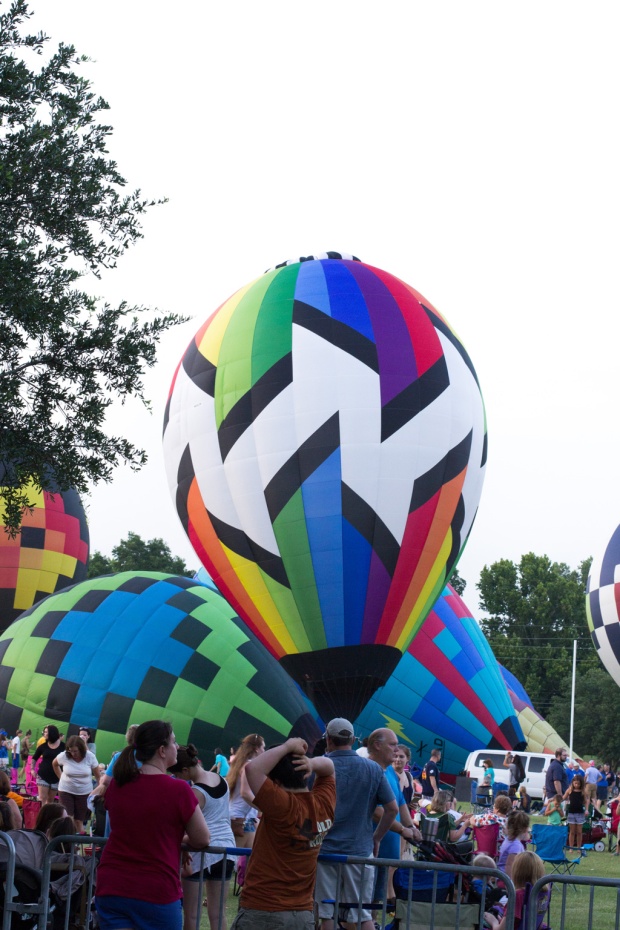 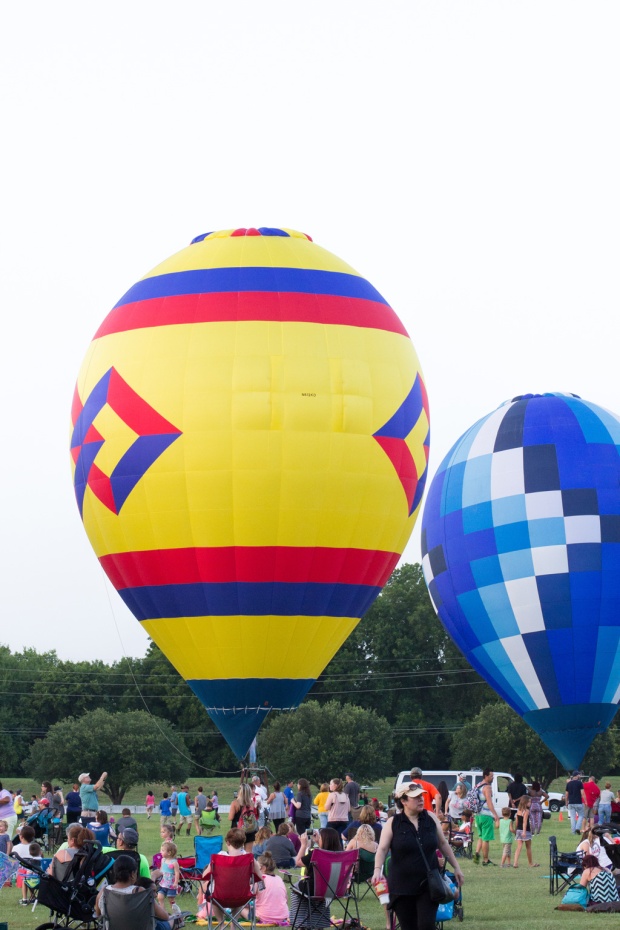 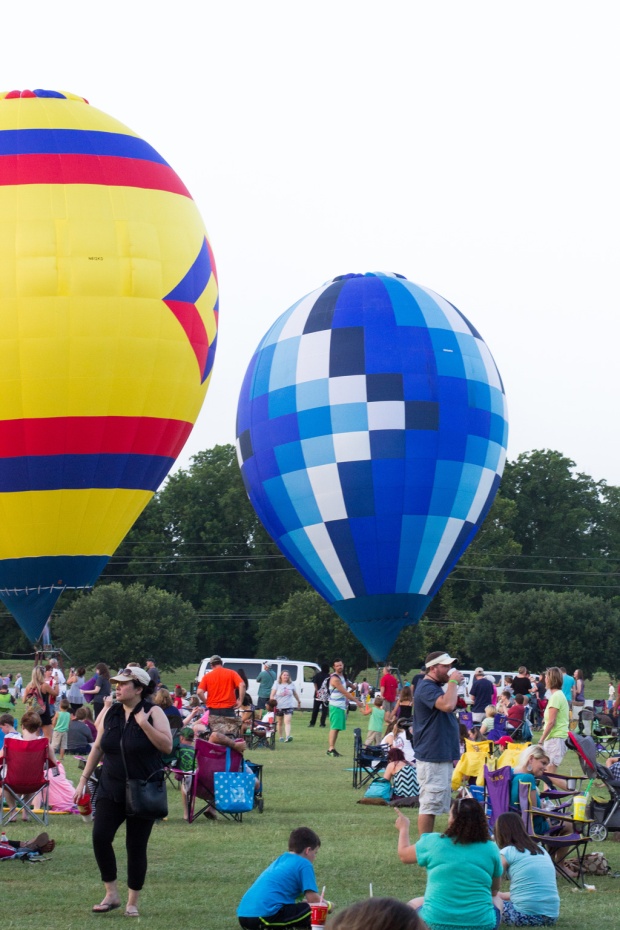 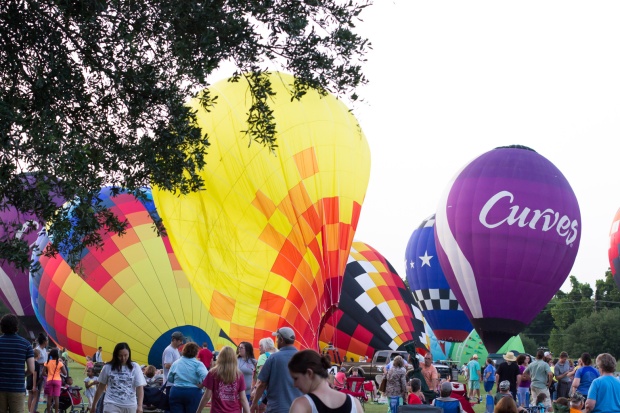 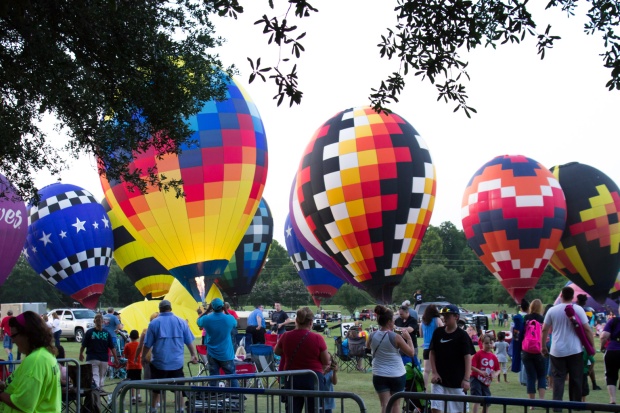 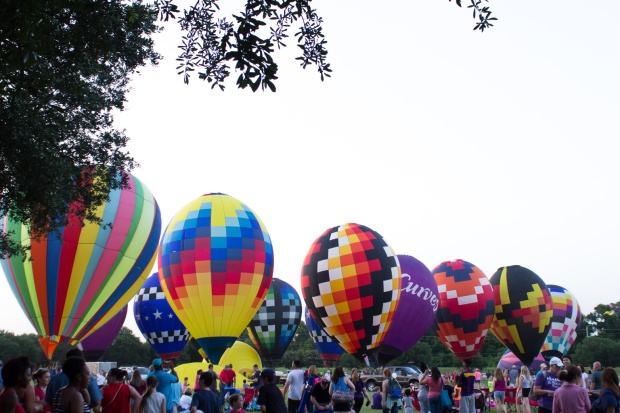 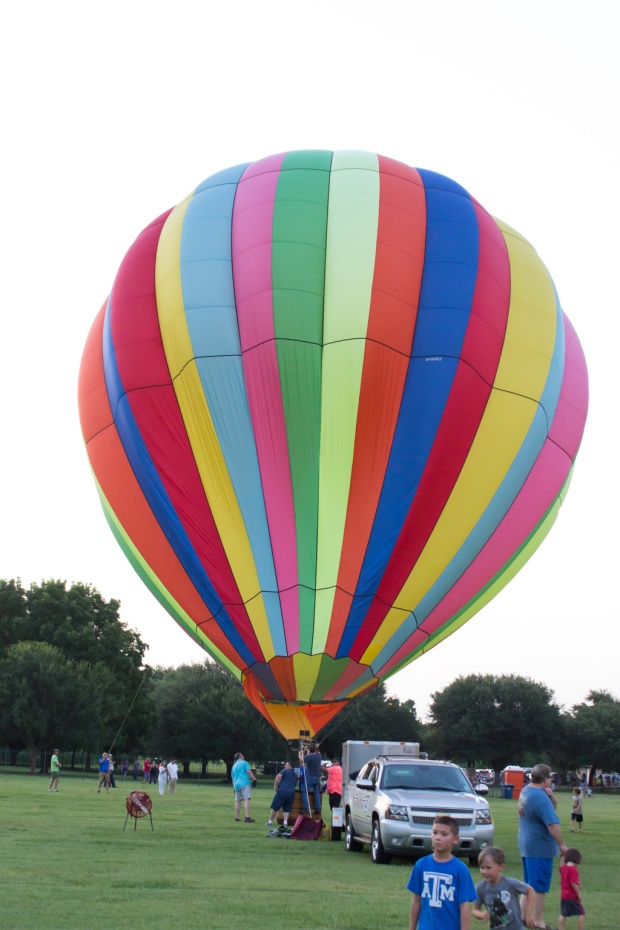 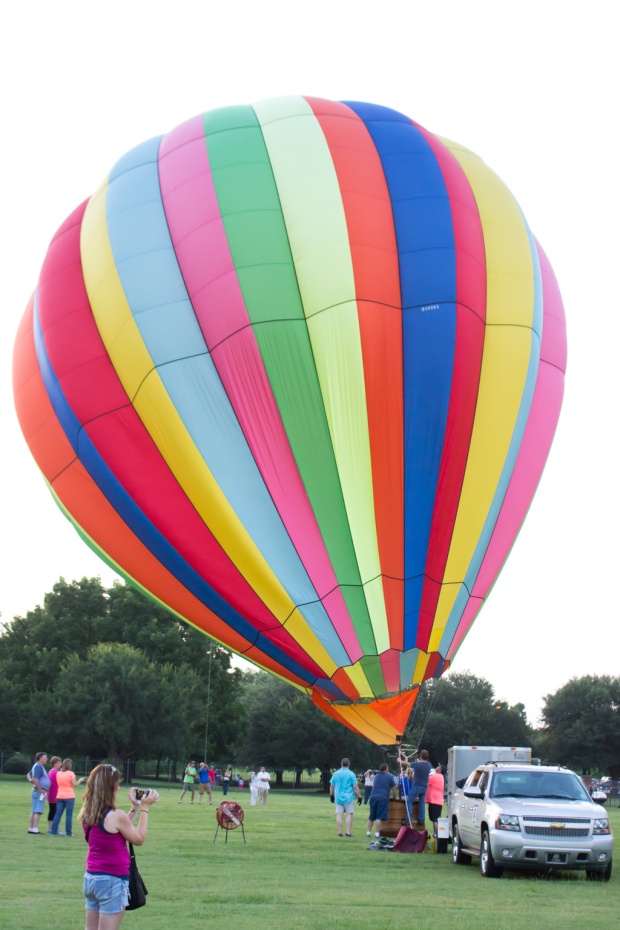 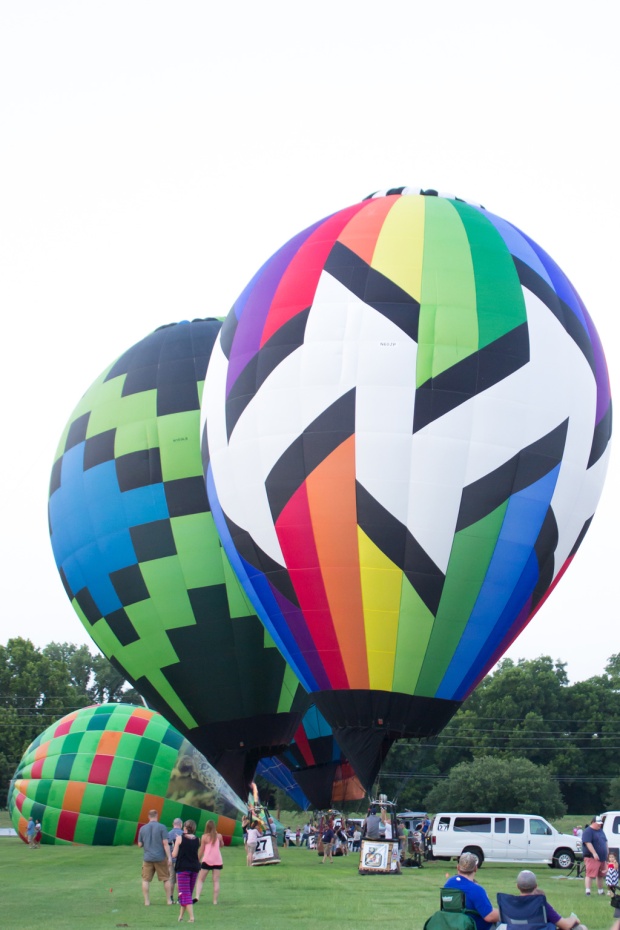 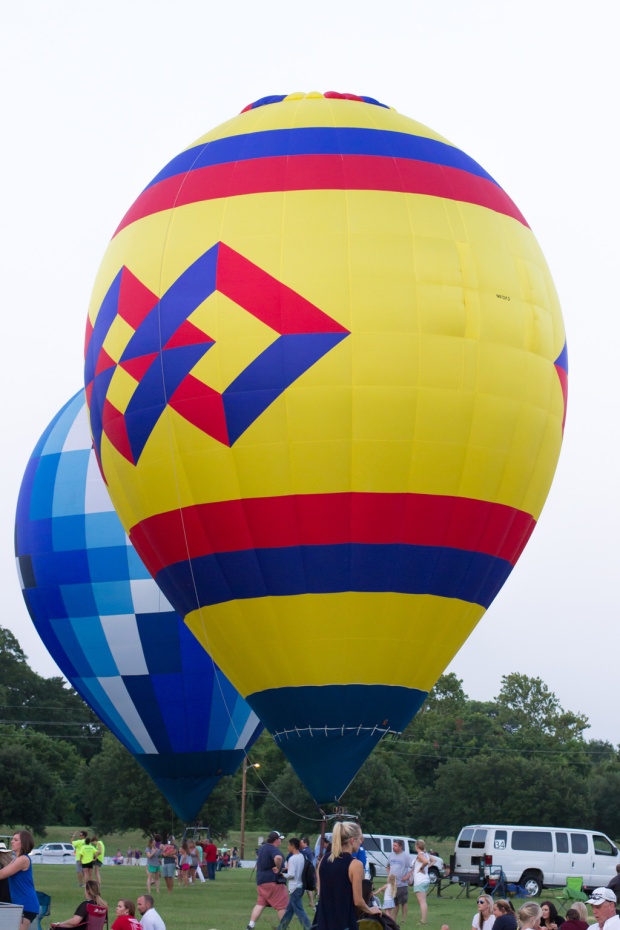 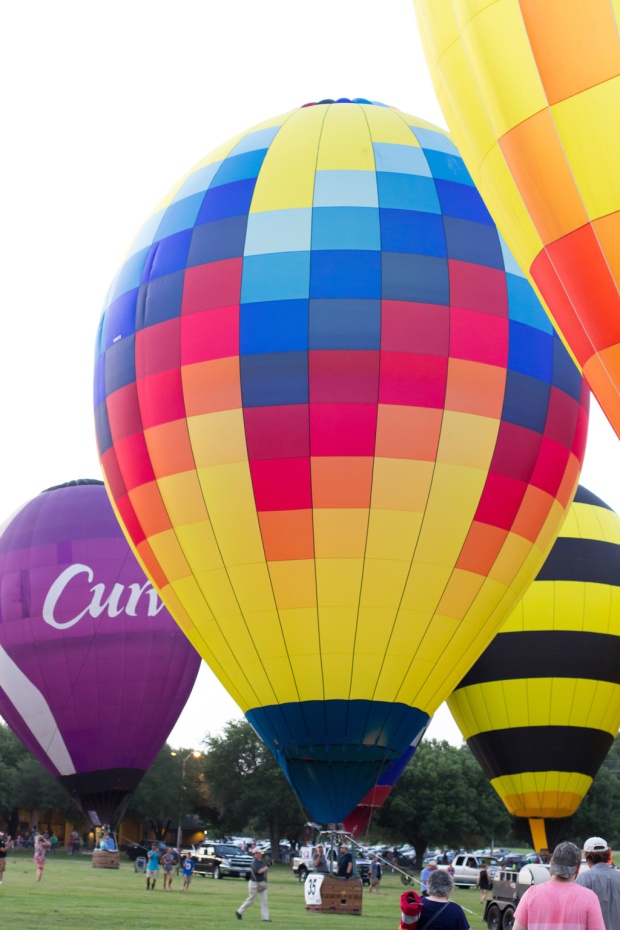 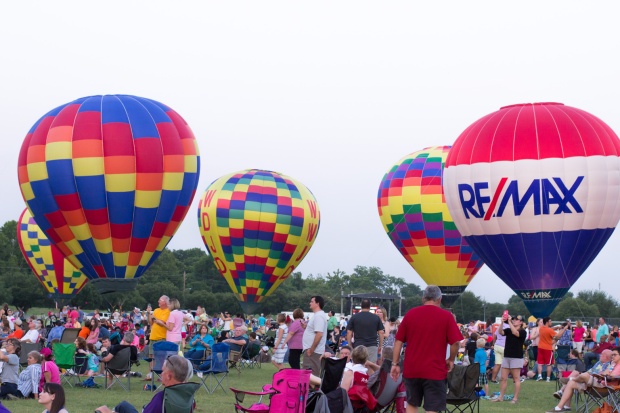 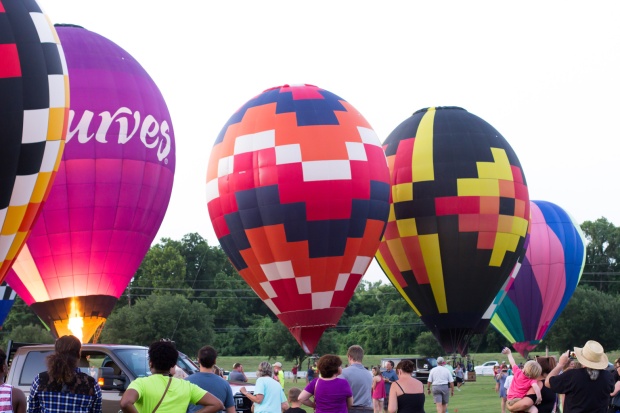 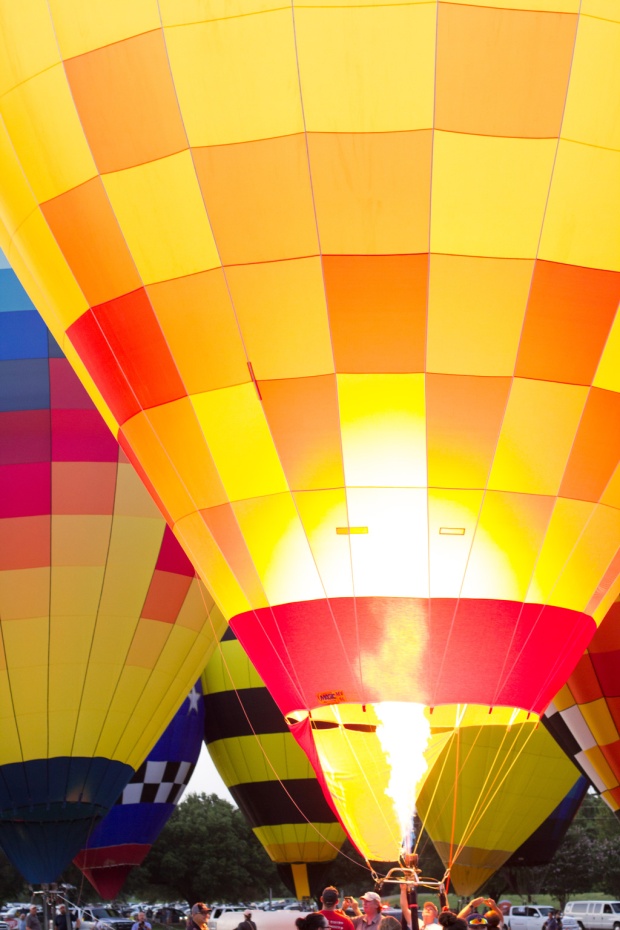 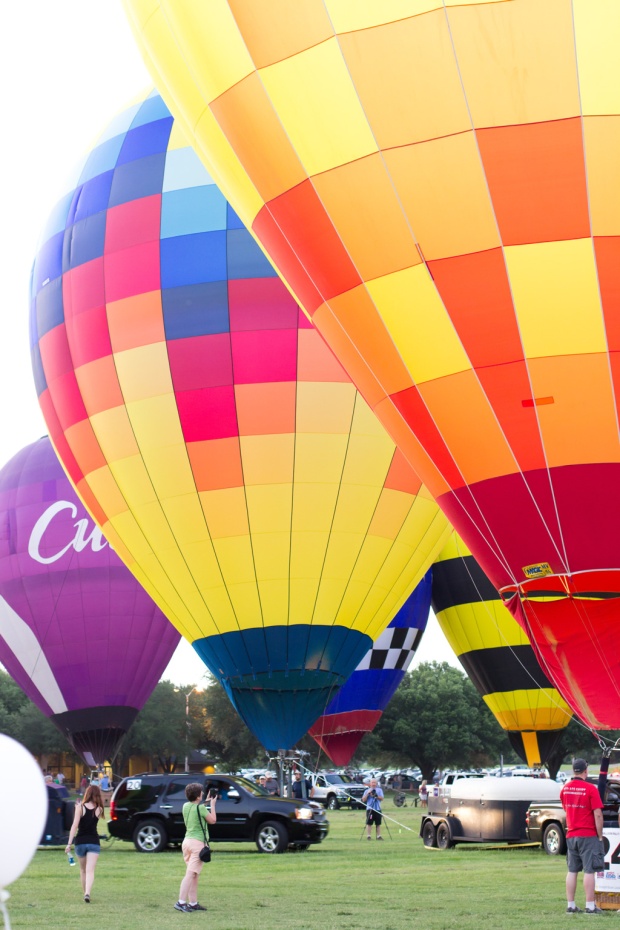 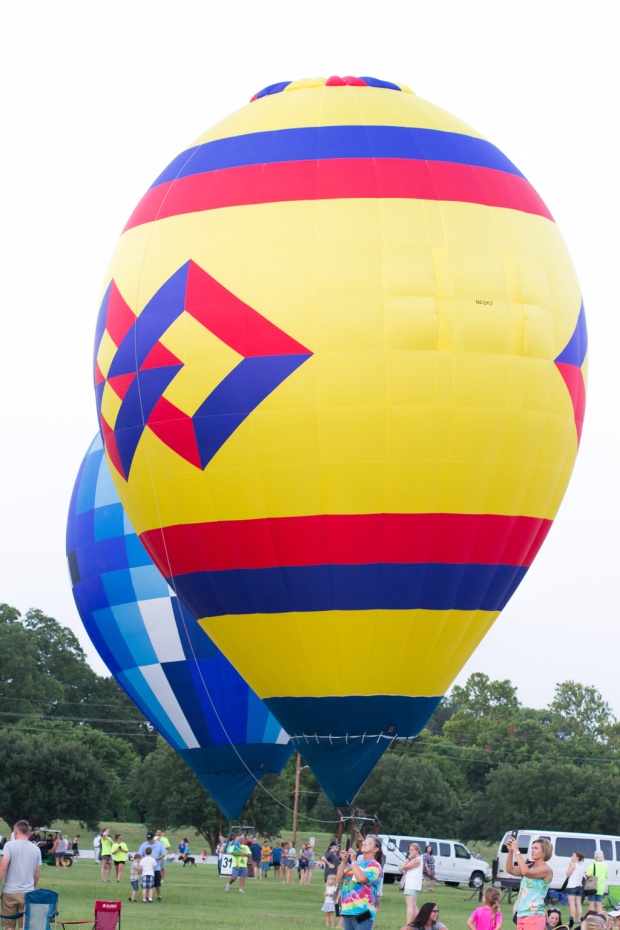 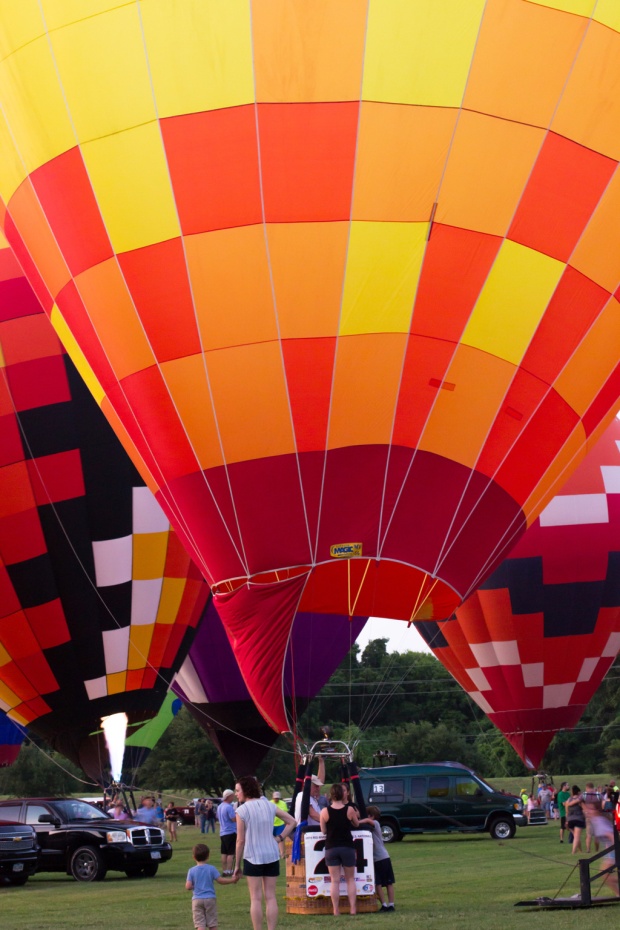 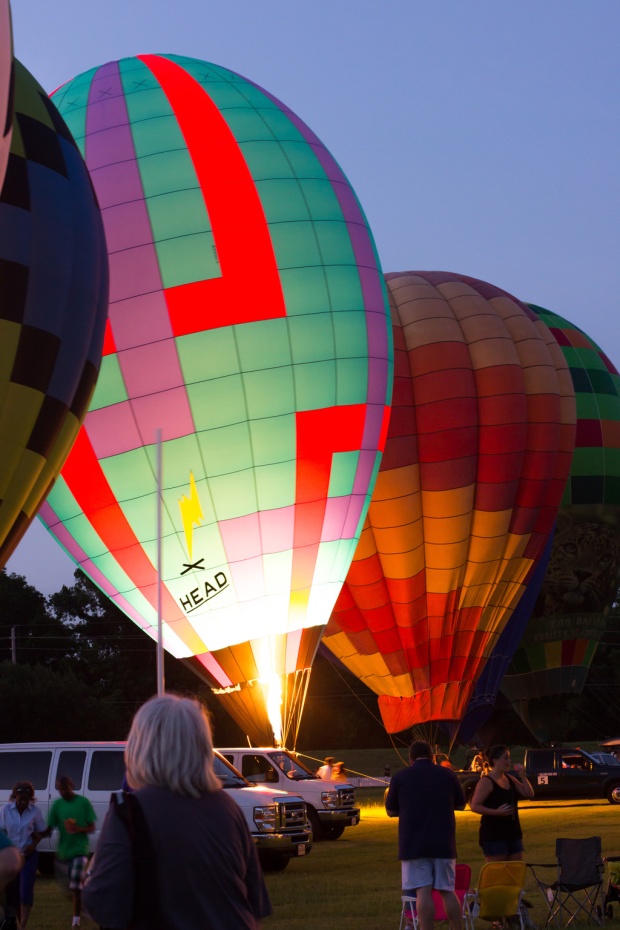 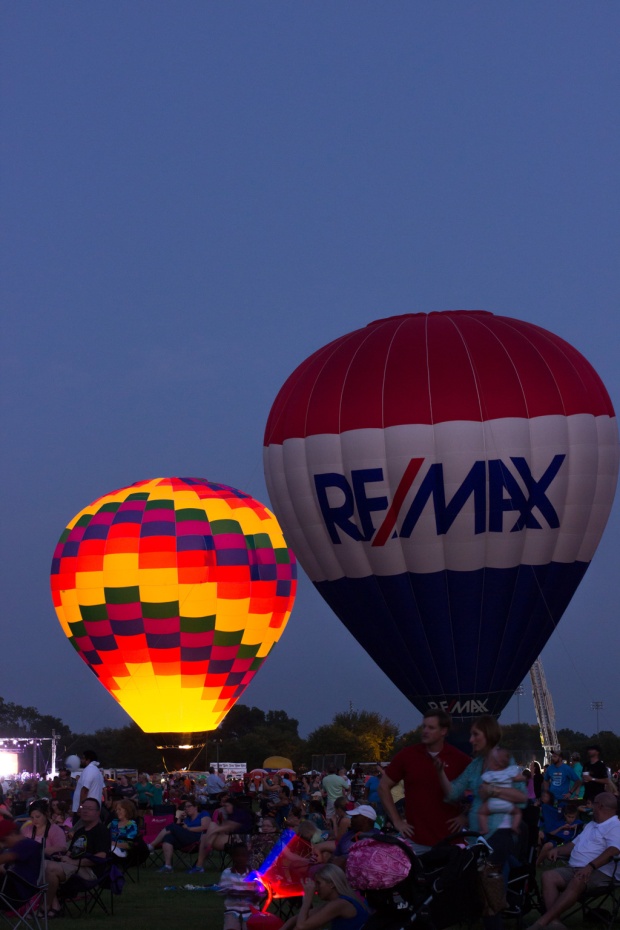 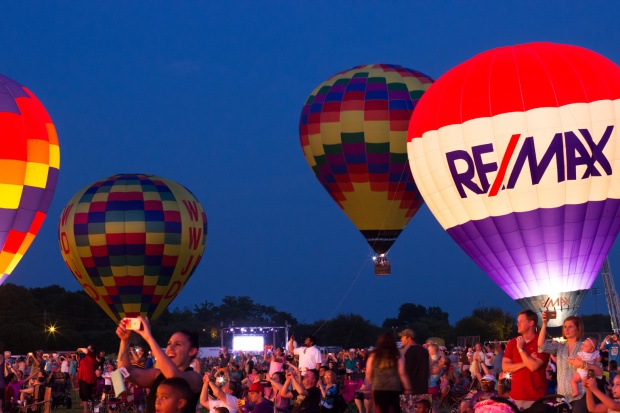 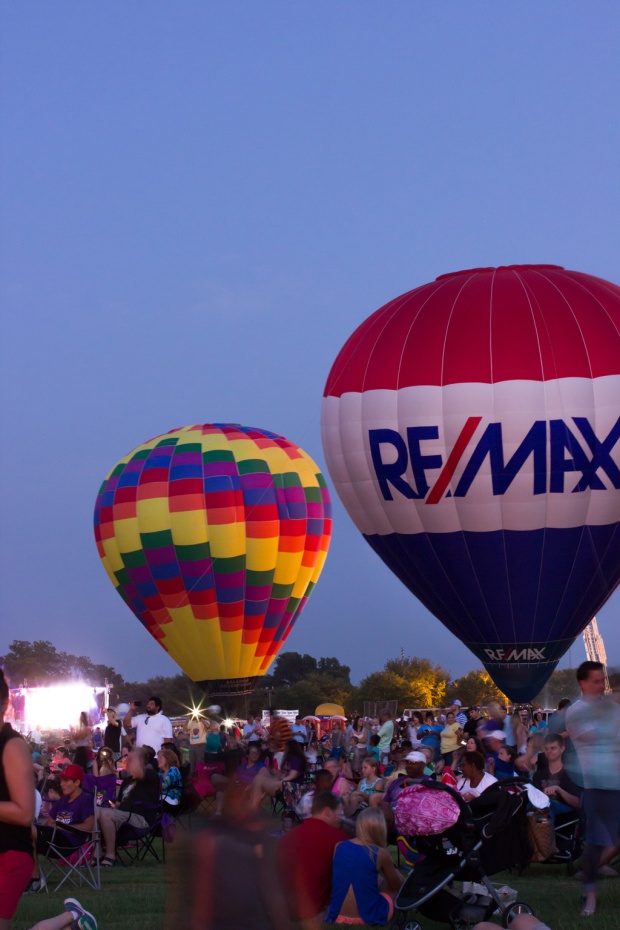 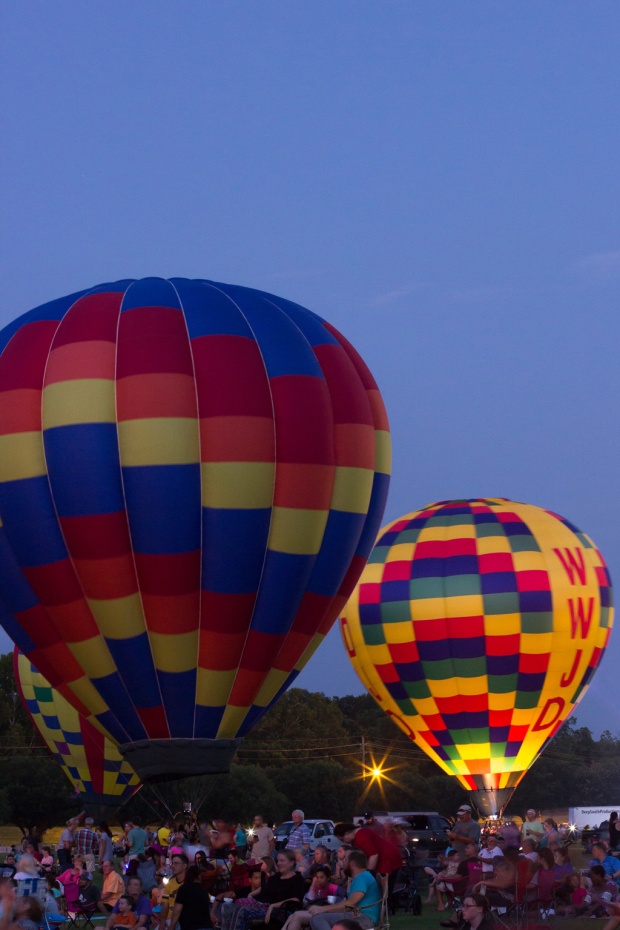 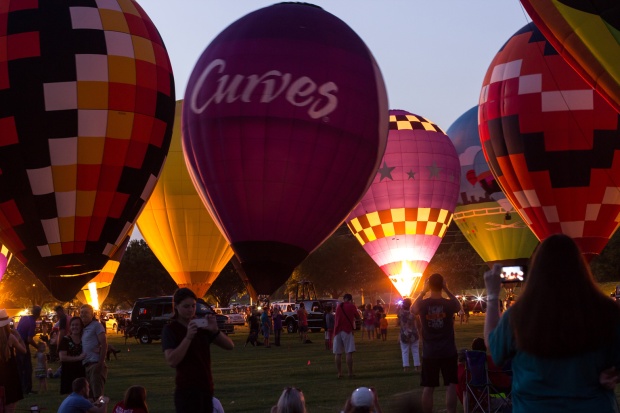 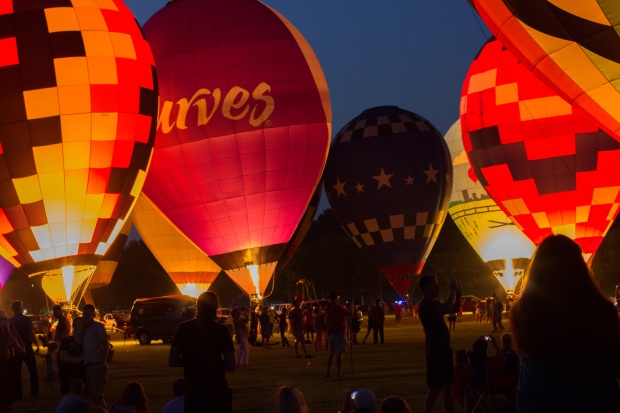 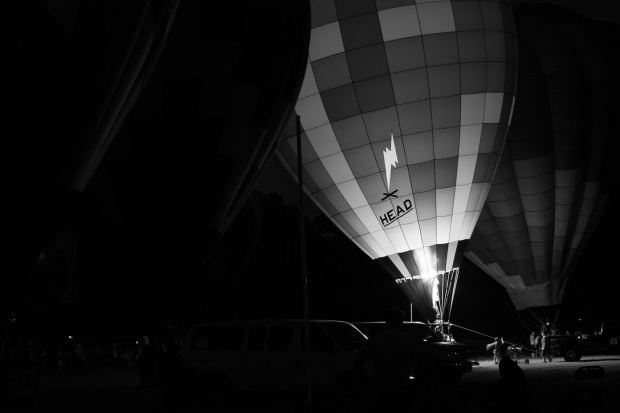 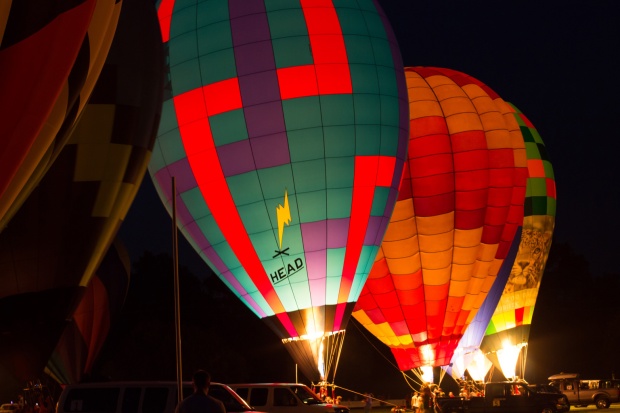 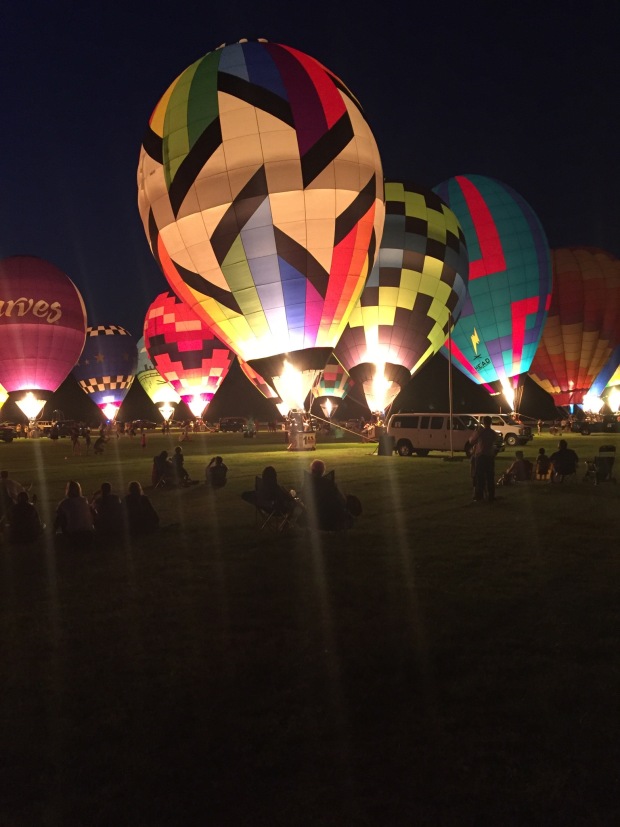 The emcee would announce to the pilots to “All Glow” (seen here) or “Twinkle Birds” where they would turn their burners on and off to produce twinkles across the field. 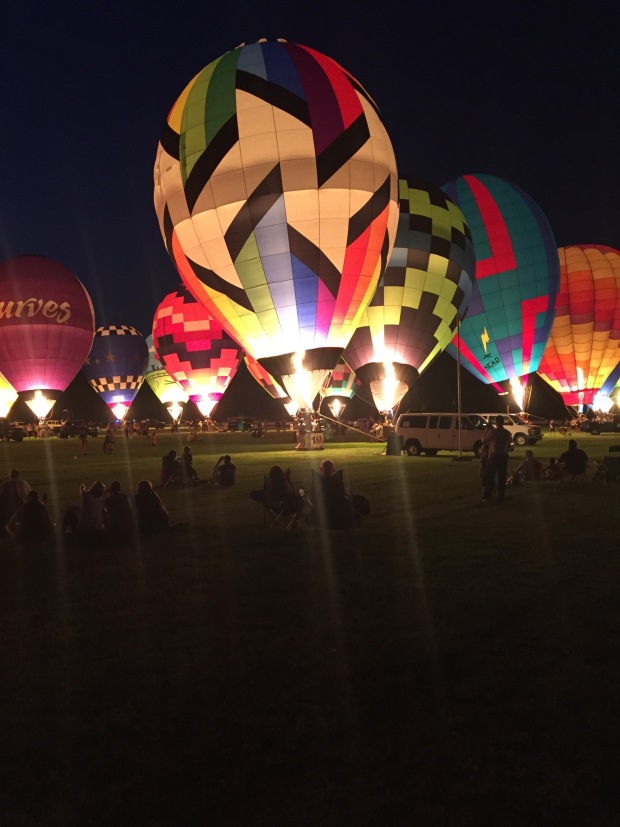 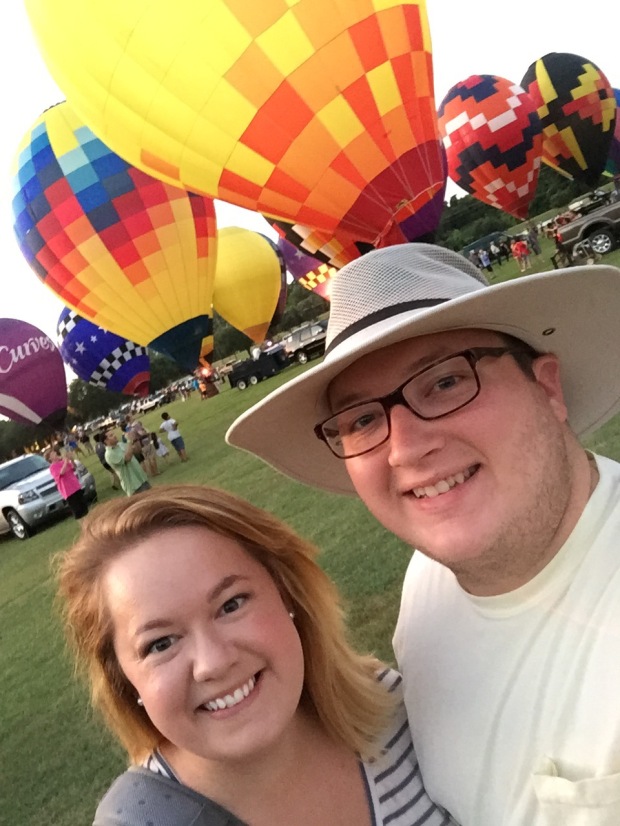 After the Balloon Glow, we made our way over to the ridiculously long concession lines to grab a cold drink.

I happened to be standing in line for a good old fashioned concession stand corn dog when the fireworks show began, and since I have been wanting to test my night photography skills, I dragged out my camera and tripod right there between a couple middle aged mamas and a college boy and started snapping away. Thankfully, none of them knew about photography, so what I was doing looked impressive to them. I, on the other hand, knowing only very slightly more, knew I was butchering those shots. So, after many, many attempts, this is the only shot I got worth editing. And well, let’s call it “abstract.” 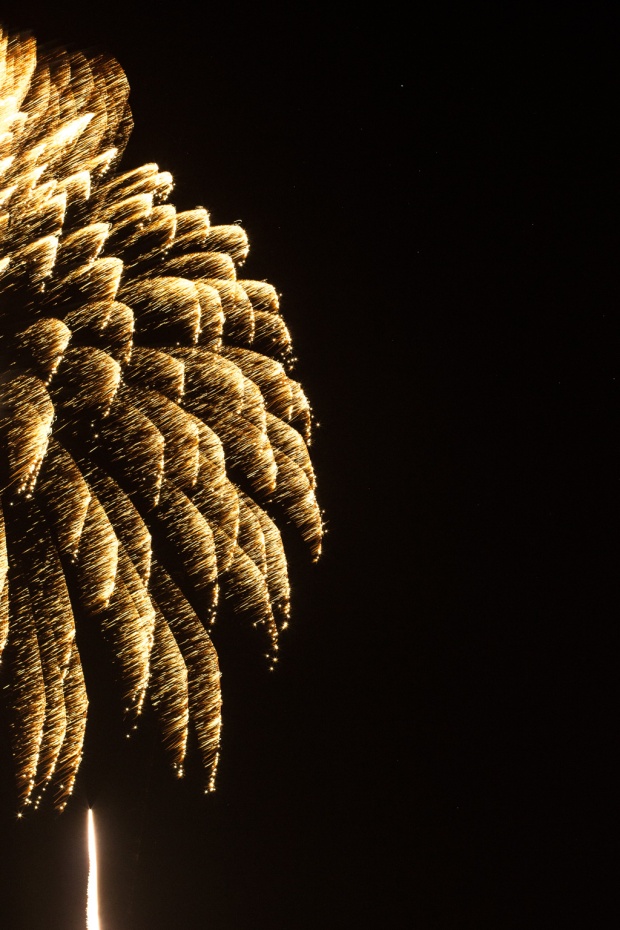 After downing two excessively large sweet teas and a couple of exaggerated corn dogs, we made our way over to the concert stage just as Thompson Square made their appearance. Kudos to the those two for a successful married music career. If I could have any super power, I’d only ask for a singing voice, so I could sing with my man.

Though I never took flight this weekend (I think I’m slowly but surely, talking Seth into accompanying me on a hot air balloon ride!), it was quite the experience to see so many balloons up close.

So, until next time, I’m going to keep working on my case for companionship when I check off my bucket list item of hot air balloon flight one day…