Greetings, friends! I hope your Monday has been spectacular thus far. If not, then maybe a few pictures from the Emerald Isle (as always, including food!) will cheer you up!

If you’re just now joining in, you can find the first days of the trip here:

Tuesday morning meant time to gather our things back up and shove ourselves back into the Kadjar for the journey south to Killarney.

We had breakfast at our hotel, which cost about €13-14 a piece. Yes, it was a bit expensive for my taste, but convenience was the key here as we were eager to begin our day’s journey. 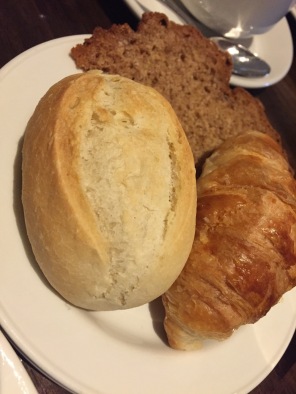 Personally, I was a big fan of the Irish breakfast. Albeit, not the full Irish breakfast, because I’m not a fan of tomatoes and the beans tasted like Beenie Weenies, but I LOVED the black and white puddings, Irish style sausage (bangers), and Irish style bacon (more so what we would call ham). Basically, I’m a meat and potatoes kind of girl.

For those of you who may have never tried the culinary treat that is black pudding or white pudding or to those with a weak stomach, perhaps now is not the time to mention its high content of pork blood. Regardless, don’t let the term “blood pudding” deter you from trying it. Wikipedia describes it as being “generally made from pork fat or beef suet, pork blood and a relatively high proportion of oatmeal.” During our stay, I also heard mention of grits and barley as being ingredients. Either way, I’m a big fan.

I found a couple recipes for black pudding and white pudding, and it looks as if white pudding omits the fresh pig’s blood. Now, if I could just figure out what beef suet is, I think I can make that happen. In the meantime, I may just order it off Amazon here.

While I’m ordering black and white pudding, I think I’ll order bangers, bacon, and Digestives, too! Oh, Amazon, you are my hero! (For those wanting the full Irish breakfast, that’s available, too. Check it out!) Now, if I could get Irish quality croissants in Shreveport, I’d be set. 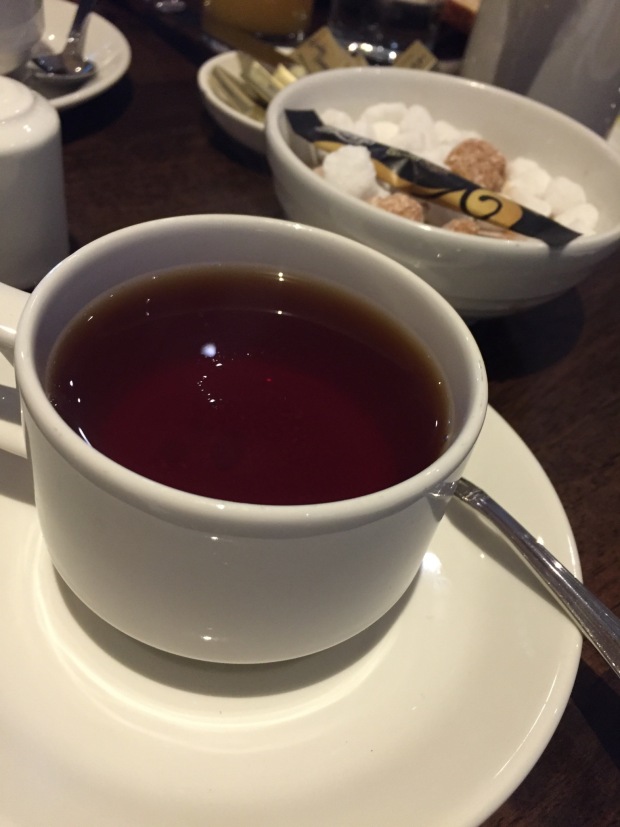 With full tummies, we crammed ourselves and our luggage into the car, and waved goodbye to Galway. I now understand the fondness in Johnny Cash’s voice as he sang…

(P.S. “Galway Bay” is an old Irish song. I just happen to be partial to Johnny Cash’s version.)

Though our destination was Killarney, we stopped in Limerick to check out a few sights. First up- St. Mary’s Cathedral. 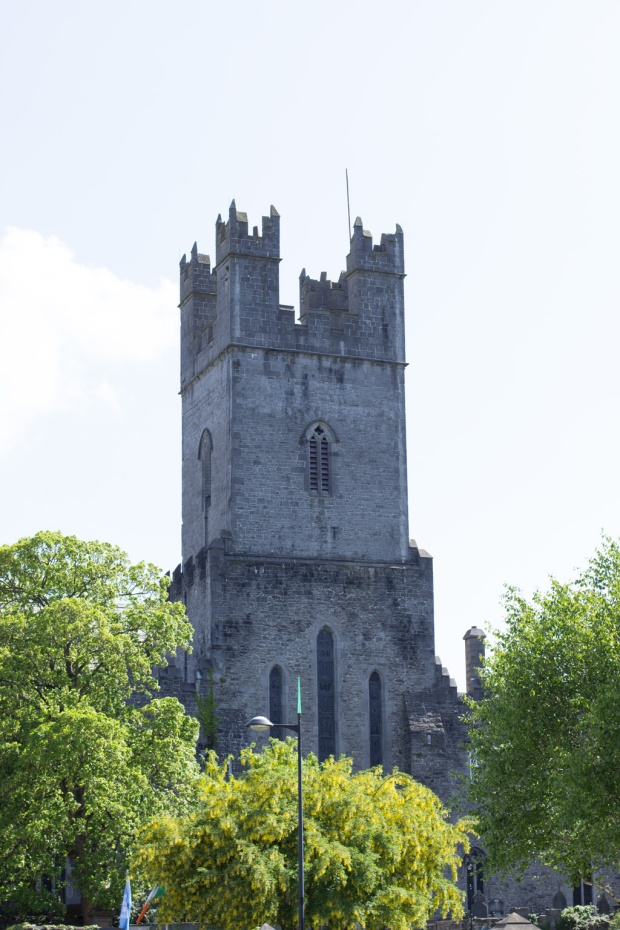 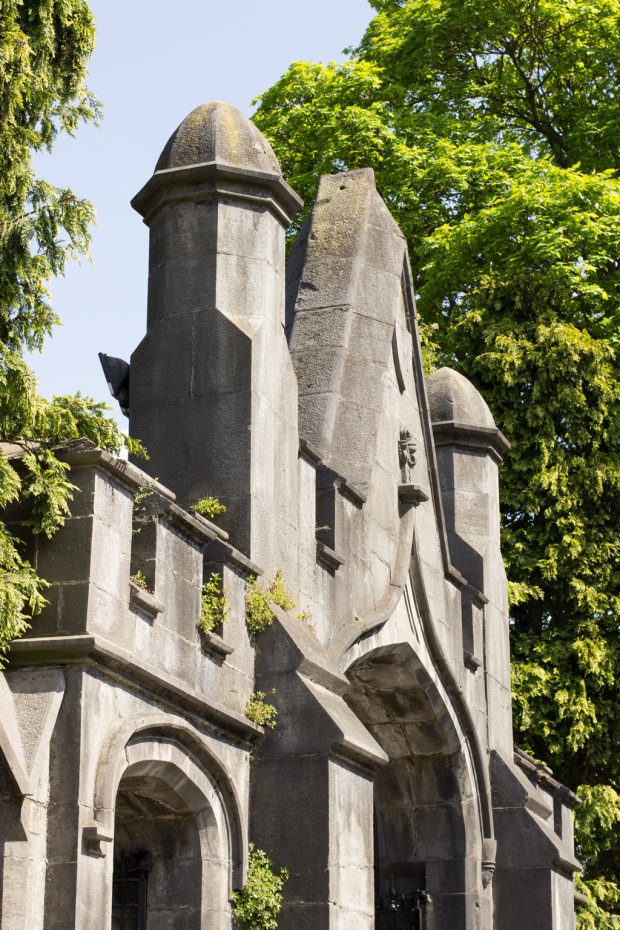 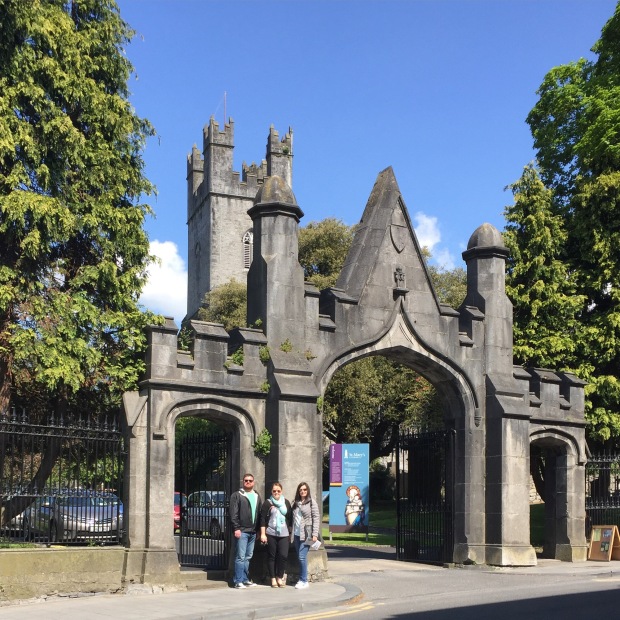 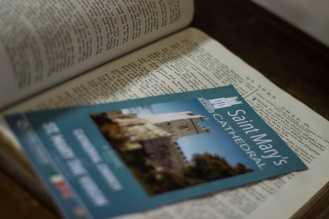 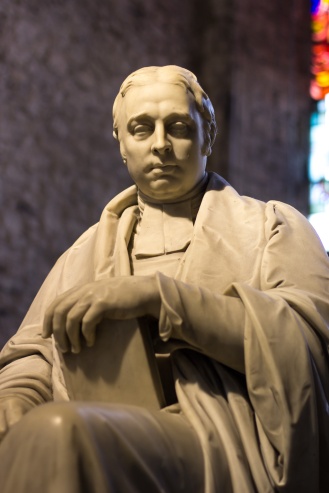 Because we are all suckers for a “deal,” we bought into the little old lady at the door who sold us on “a few more euros, and you can see The Hunt Museum, as well.” 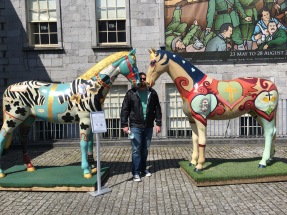 Turns out, those horses and a good inside joke were our favorite parts of that particular museum. The displays were limited and the exhibit on which we were sold by the cathedral lady was not even accessible. Next time, I’d save the euros. Or as Jonathan so elegantly wrote on this comment card he threatened to leave… 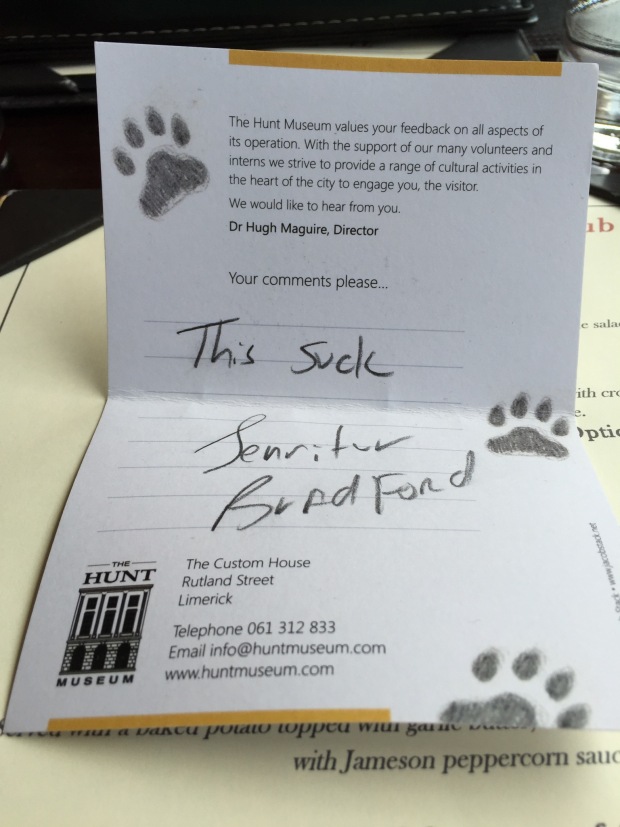 He didn’t leave it, but “this suck” has stuck in our vocabulary since then.

From there, we ventured around Limerick a bit. 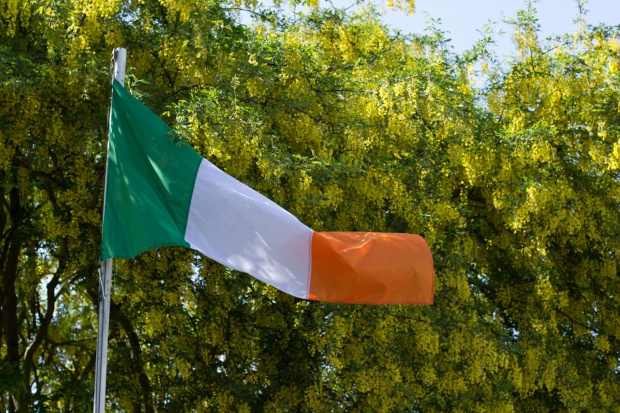 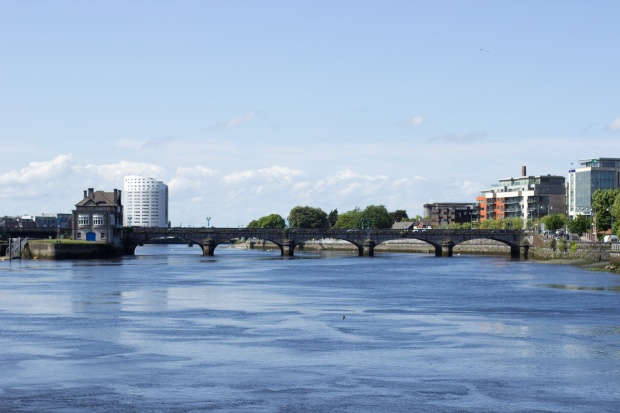 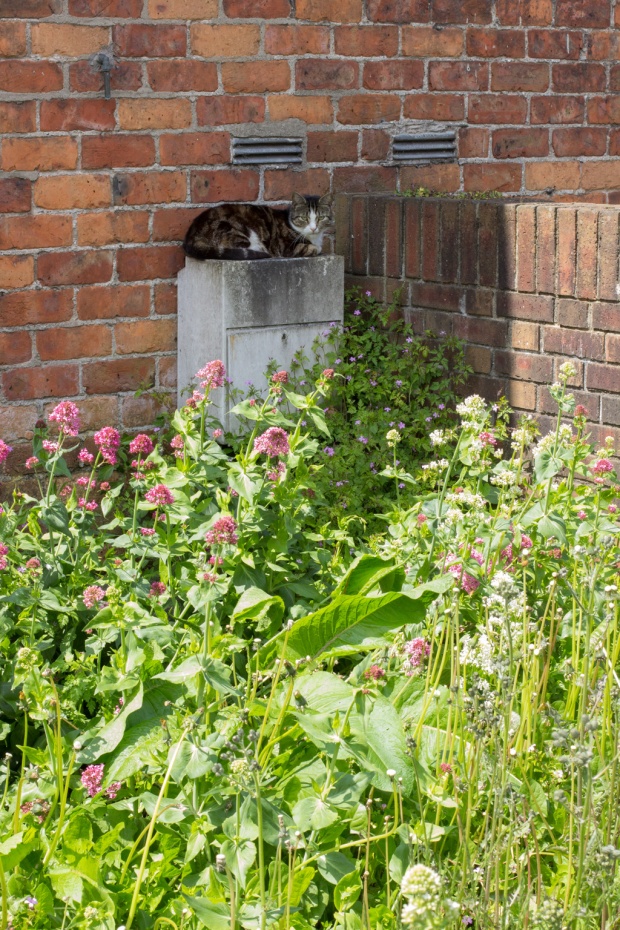 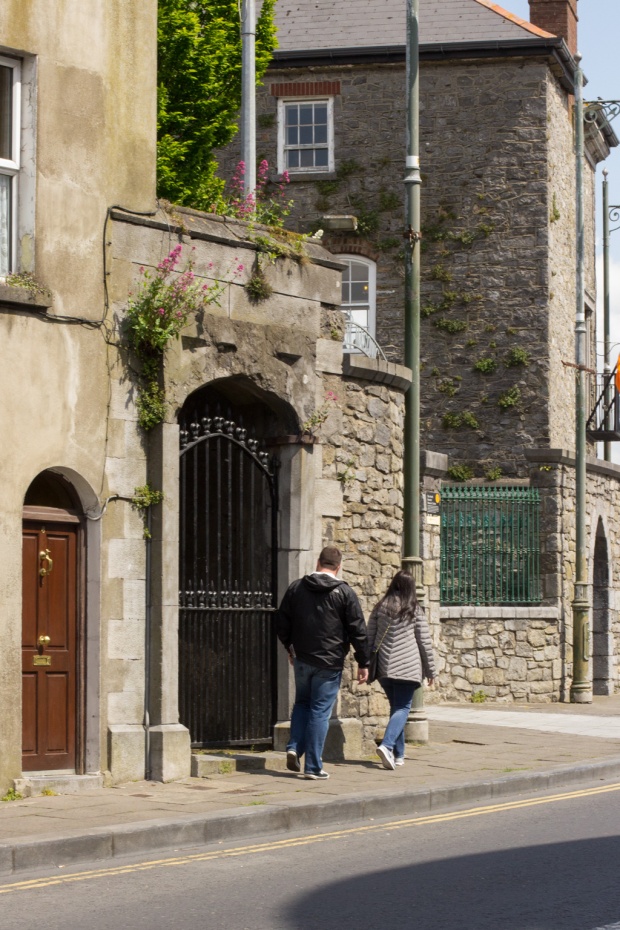 We stopped by to see if King John was home at this castle. 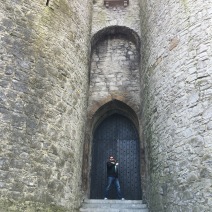 And even saw some interesting art.

Continuing on to Killarney, we found this gentleman on the side of the road. Since I’m a sucker for jams and jellies, I had to try it out! 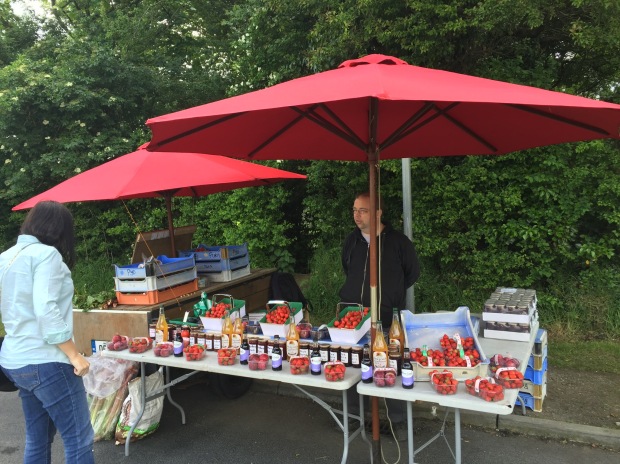 While we waited, I couldn’t help but notice the name of the restaurant at the hotel.

Noreen met us, led the way across the street to the apartment and showed us the ins and outs of the place. While showing Jonathan and Seth how to navigate the underground car park, Seth mentioned to her that the purpose of our trip was, originally, to celebrate out one year anniversary. She then insisted on taking us across the street to Lidl (grocery store) to buy us a celebratory bottle of wine. Julie and I accompanied her while the guys unloaded the car.

As we walked around the store, we truly felt the friendliness of the Irish people. One older gentlemen stopped us as we admired the milk section (yeah, we’re cool) and asked us how we were, asked if we were visiting, what places were on our itinerary, and wished us well on our journey. Perhaps, it was obvious that we were tourists from our “oohs and ahs” through the dairy and cold meats sections, and we were OK with that. 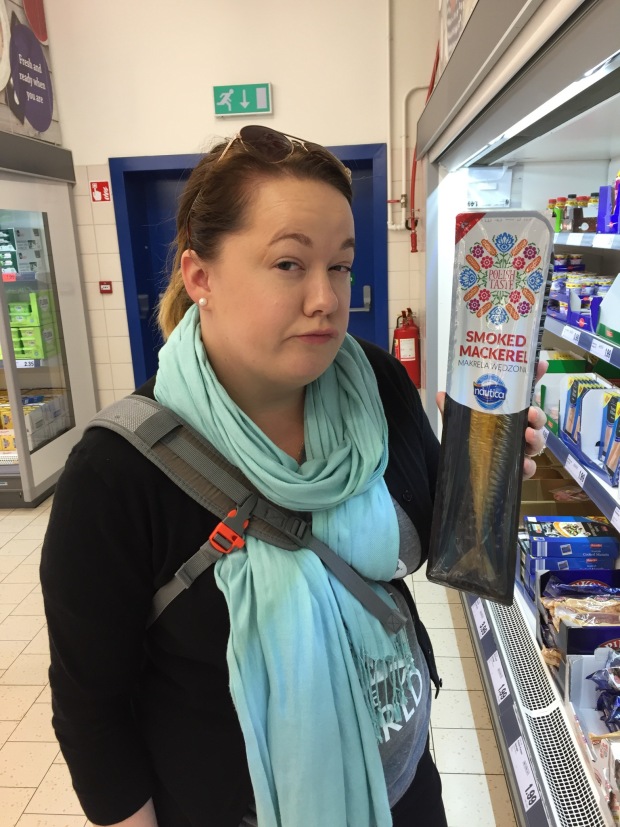 While we were picking up things to make our own breakfasts and admiring the incredibly low cost food items, Noreen went about filling her own basket. It wasn’t until we had paid for our goods and were getting in the car that we discovered many of the things she had purchased were actually for us! For instance, the milk Julie and I had admired but left behind thinking our trip would be too short to consume the entire half gallon- Noreen bought it for us anyway. We later figured out it was almost €30 worth of goods just for us!

The days we spent in Killarney in Noreen’s apartment were nothing short of spectacular! If you’re ever in the area, I highly recommend staying at her place. You can find the listing here.

Staying at an apartment through Airbnb meant we had full access to a completely operation kitchen and most importantly- use of a washer and dryer. Because I knew we would able to wash clothes at two of our three stays, I was able to pack less. We carried less luggage, and even the luggage we carried had room to bring home souvenirs.

Noreen was also generous enough to direct us on some of our planned destinations and routes and had an entire window sill of brochures and maps for nearby attractions.

We took her advice and had dinner at a local steakhouse called The Porterhouse. 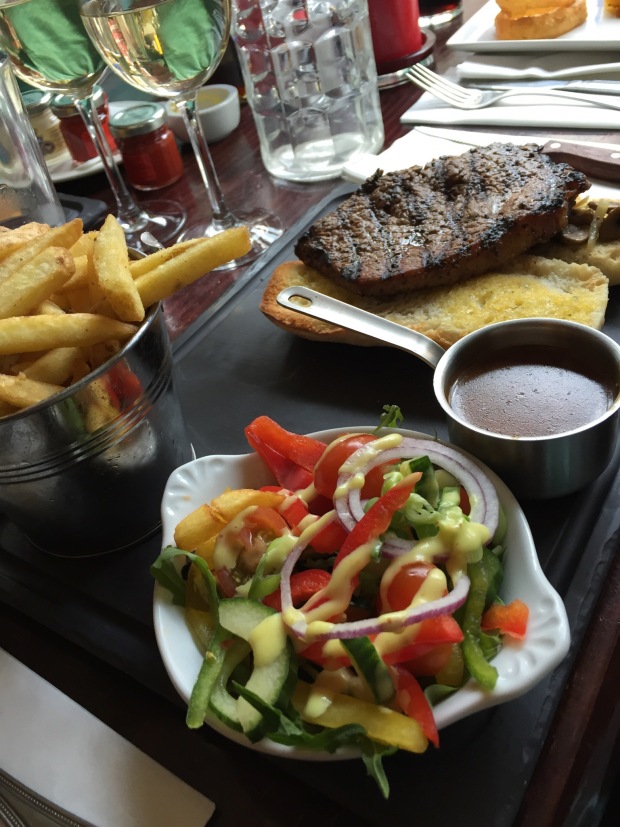 When you’re a meat and potatoes kind of girl and order a steak sandwich that is served as a literal steak on a split bun, you know you’re in business.

After dinner, we took a stroll through town to check things out. The best part?

TK Maxx, y’all! I’m a Maxxinista to the core, so it called to me like a beacon in the night! 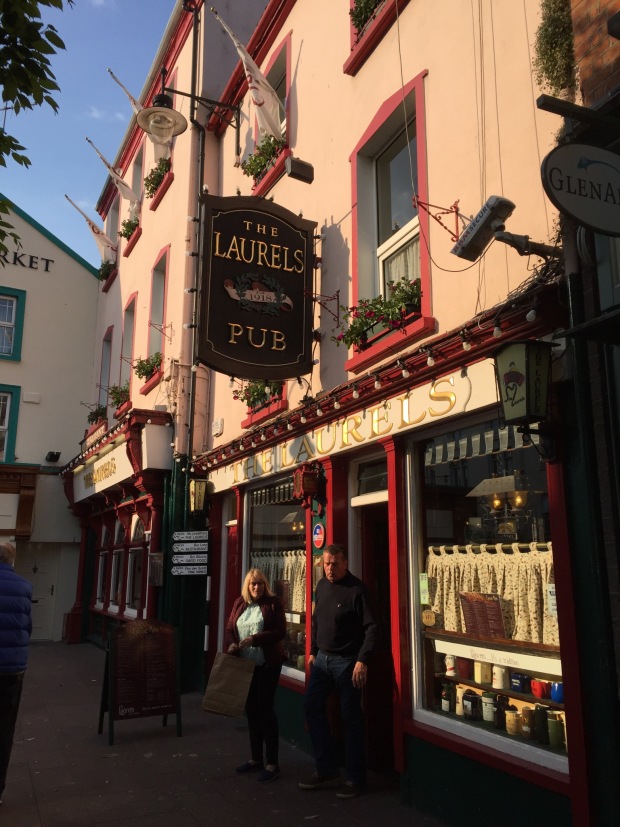 Y’all. This ice cream. Oh my goodness… ridiculously delicious. We found it at Murphy’s on Main Street, and it was divine! We still reference it when speaking of ice cream in our house. 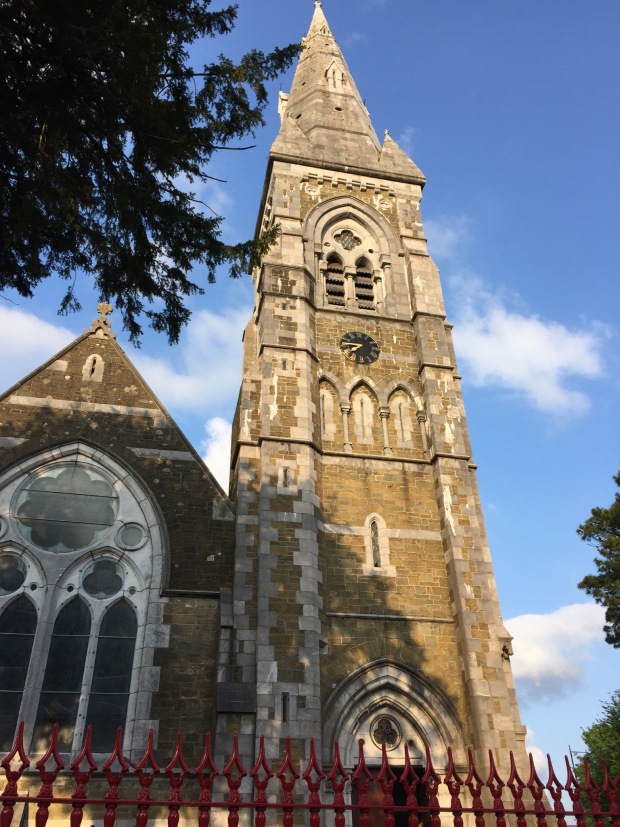 A bit more venturing around town, and it was about time to wind down for the evening.

Though the days are long and the daylight ample, stores and attractions still close at normal hours. So, as we watched the deer grazing in Killarney National Park from our window at 10:30 pm as the sun set, it seemed odd to already be winding down the day. However, for old folks like us, rest is essential to enjoy the next day.

Until that time comes, and if you’re concerned with the state of our country, here’s a quick reference you might want to check out. 😉

2 thoughts on “Ireland – Tuesday – Galway to Limerick to Killarney”